After the excitement of Friday’s individual triathlon, Sunday at the 2022 Commonwealth Games sees the return of the Mixed Team Relay, the two women, two men team super-sprint format that set the Tokyo 2020 Olympic Games alight 12 months ago and is all set to do so again in Sutton Park. Each athlete will tackle the 300m swim, 5km bike, 2.1km run course before tagging their teammate, and the race gets underway at 2.30pm BST - to find out where to watch, click here.

—
Team Australia head into Sunday afternoon as defending champions, with the two men from that Gold Coast victory four years ago, Jacob Birtwhistle and Matthew Hauser, ready to be joined by two out of Friday’s women’s individual race Natalie Van Coevorden, Sophie Linn and Charlotte McShane. Hauser and Birtwhistle finished third and fourth respectively in the men’s race, and they would love to quieten the Birmingham crowds and follow Flora Duffy‘s historic feat of a successful title defence.

Team England can count on the red-hot duo of 2022 men’s Games champion Alex Yee and silver medallist Georgia Taylor-Brown, not to mention several thousand cheering fans lining the route. Sophie Coldwell and Samuel Dickinson look likely to join them in a carbon copy of the WTCS Montreal relay line up that managed to qualify the first team for Paris 2024 last month.

The women’s Commonwealth Games Champion Flora Duffy will be the driving force behind Team Bermuda, along with the hugely experienced Tyler Butterfield and rising talents Erica Hawley and Tyler Smith. Bermuda finished fifth in 2018 ahead of the likes of Scotland and South Africa, both of whom will want to improve on their Gold Coast showings. The Scots can count on women’s bronze medallist Beth Potter, while South Africa have youth and experience on the men’s side in Jamie Riddle and a returning, if not fully fit, Henri Schoeman.

Canada’s Tyler Mislawchuk will want a good performance to help banish his misfortune after a mechanical ended his challenge on Friday, while Emy Legault looked in great form once again scoring an individual top 10, as did teammate Charles Paquet. Making their Commonwealth Games debuts are Team India, Team Barbados, Team Namibia and Team Trinidad and Tobago, 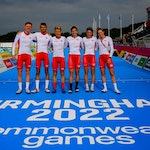 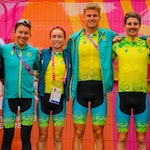 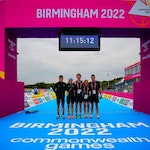 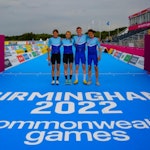 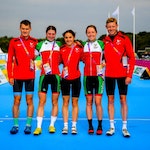 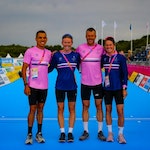 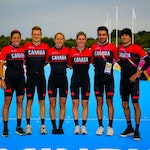 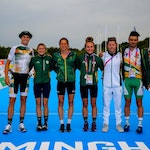 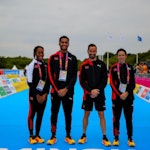 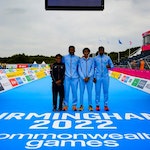 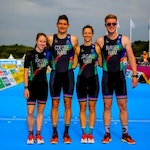