Saturday and Sunday in the Portuguese beach town of Quarteira will see the races to crown the 2021 World Triathlon Junior Champions as those athletes born in 2002 or later look to join the likes of past winners Mario Mola, Taylor Knibb, Jonathan Brownlee and Ashleigh Gentle.

It will be a beach start in the Algarve, where the waves could provide the first test for the fields as they run down the sands and into the Atlantic Ocean for the 750m swim. Once out and through transition, the 20km bike course has one long gradual ascent out and return descent, each of the three laps packing just a handful of technical turns. The flat 5km run then passes along the beach and an adjacent road for two laps, the long home straight likely to be the focus of some late drama in the race for the titles.

All the action will be available live and on demand over on TriathlonLive.tv

After Ricardo Batista’s brilliant title-winning display in Lausanne two years ago, the likes of Alexandre Montez and Ricardo’s brother Joao Batista, will be looking to give the home crowds plenty to cheer in Saturday’s men’s race.

Wearing the number one will be Mexico’s Eduardo Nunez Gomez, the highest ranked in the field courtesy of his 8th place at the Americas Triathlon Cup Ixtapa in June. Daniel Dixon should also be one to watch, however, a two-time Junior European Cup winner who also stepped up with a rapid leg for GB at the WTCS Hamburg Mixed Relay in September.

Germany’s Henry Graf took the European Sprint title in Kitzbuhel and will be eyeing another podium, Austria’s Jan Bader also in good form after silver in June’s Junior Cup Wels.

In all, no fewer than 26 nations will be represented across the men’s start. The South American contingent will see Costa Rican duo Mauricio Ramirez Brenes and Allan Naranjo Avendano heading out, the Brazilian Matheus Oliveira Martinhaki hoping to emulate the Chicago 2015 success of Manoel Messias.

Fresh from his victory at the Americas Triathlon Junior Championship, USA’s Nicholas Holmes will want to follow in the footsteps of Cozumel 2016 World Champion Austin Hindman, and Hungary’s Zalan Hobor has the shoes of 2018 Junior and Edmonton 2021’s U23 star Csongor Lehmann to try and step into. Full start list here.

Wearing the women’s number one on Sunday will be Japan’s Chisato Nakajima. Sixth in Lausanne two years ago, she has since sampled life on the elite circuit, with a creditable 25th in Huatulco back in June and earned a start at August’s WTCS Montreal.

It was at the Auckland 2012 Grand Final that Fumika Matsumoto became Japan’s first Junior World Champion, a performance that Nakajima would dearly love to repeat.

Spaniard Maria Casals Mojica has been in great form through the middle of 2021, reeling in podiums from Kitzbuhel to Banyoles and a sixth place at the elite Triathlon Europe Cup Barcelona with the fastest run split of the entire field.

Netherlands’ Barbara De Koning will surely be bidding for a podium here, too. Fourteenth back in 2019, she was 11th in Edmonton’s U23 race and also finished 31st at WTCS Hamburg this year as the youngest athlete in the field.

Margareta Vrablova (SVK) arrives off the back of a superb elite bronze as well as the elite Junior title at last weekend’s Aquathlon World Championships, while Canada’s Kira Gupta-Baltazar proved her skills in the water at the WTCS Montreal Mixed Relay, exiting the swim ahead of the likes of Taylor Spivey and Nicole Van Der Kaay.

Noemie Beaulieu won the Triathlon America’s Junior title last weekend and together with Gupta-Baltazar is part of a talented, five-deep delegation from Canada with plenty of podium potential.

Mercedes Romero Orozoco, 12th at the World Triathlon Cup Huatulco in June, will want to become the second Mexican woman to become Junior World Champion after Ceceilia Alavez ran her way to glory on the Gold Coast in 2018. American Faith Dasso finished behind Beaulieu in the Continental competition and will draw on past US Champions Taylor Knibb and Tamara Gorman for inspiration this weekend. Full start list here. 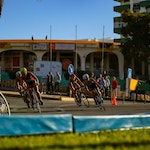 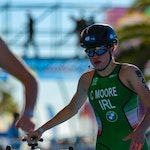 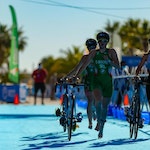 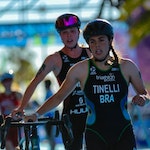 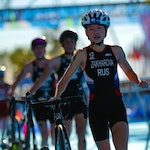 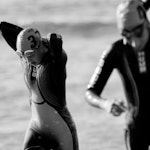 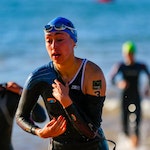 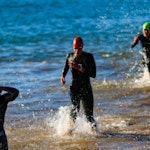 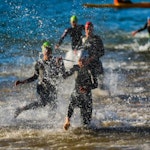 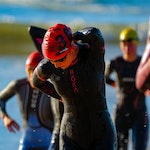 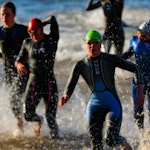 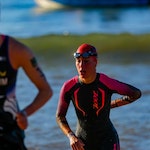