The World Triathlon Para Series takes to the north-England city of Leeds for the first time on Saturday afternoon, the second racing of the year’s Paralympic Qualification period where the best in the world will continue to pursue the ranking points that could confirm their place on the Tokyo 2020 start line.

Starting with a 750m swim in Waterloo Lake, the bike then takes in three laps of the western portion of Roundhay Park, finishing with a two-lap run around Upper Lake. You can follow all the action from 2pm on Saturday on TriathlonLive.tv.

—
PTWC
After yet another first class display in Yokohama, Netherlands’ Jetze Plat looks like setting the pace once again in the men’s PTWC wheelchair category. With a margin of victory of three minutes over fellow Dutchman Geert Schipper, it will take something very special to reign in Plat and become the first man to beat him since September 2015. Italy’s Giovanni Achenza H1 came closest to the pair in Lausanne, while French duo Ahmed Andaloussi (FRA) and Alexandre Paviza H1 will also be pushing for a podium-worthy performance.

The women’s race will see triple World Champion Kendall Gretsch and Spain’s Eva Moral do battle once more, the American so impressive in the water in Yokohama to set up her gold. Margret Ijdma H1 (NED) and Mona Francis H2 (FRA) both start, as does Mexico’s Brenda Osnaya Alvarez H1

PTVI
In the women’s visually impaired race, Spain’s World Champion Susana Rodriguez B1 returns to the start list for the first time since Alhandra back in October. British duo Alison Peasgood B2 and Melissa Reid B3 will be gunning for strong results and a second Paralympic appearance, both having finished behind Australia’s Katie Kelly at Rio 2016, and Italian Anna Barbaro B1 would love to build on her gold at WPS Devonport in 2020.

Dave Ellis B3 is on course to make his Paralympic debut in Tokyo with the men’s PTVI class included in the programme for the first time, and the Brit is sure to relish a first home World Series race. Spaniards Héctor Catalá Laparra B2 and Jose Luis Garcia Serrano among the biggest threats to Ellis’ golden aspirations along with the 2017 World Champion Antoine Perel (FRA) and US legend Scheidies.

PTS3
With no women’s PTS3, the men’s race will be a straight shootout for the medals between Spain’s Daniel Molina, unbeaten since 2017, and the man hoping to eventually dethrone the World Champion, Netherlands’ newcomer Nico van der Burgt.

PTS4
Alexis Hanquinquant (FRA) was in flying form in Yokohama and the 2019 World Champion will be looking forward to attacking this new Leeds course on Saturday. Another strong Spanish athlete, Banyoles World Cup winner AlejandroSánchez Palomero, and Australia’s Clint Pickin will be among the eleven men trying to halt his traditional charge over the 5km run. The ever-impressive Kelly Elmlinger (USA), also a winner in Yokohama, is the sole woman on the PTS4 start list.

PTS5
The women’s PTS5 category is set to deliver another classic showdown between home favourites _and_lauren_steadman_and_rio_2016_champion_grace_norman_of_the_usa._all_three_were_absent_fro_yokohama,_where_france’s_gwladys_lemoussu_was_the_one_to_take_advantage_and_will_be_hoping_for_further_success_this_weekend._with_george_peasgood’>Claire Cashmore and Lauren Steadman and Rio 2016 champion Grace Norman of the USA. All three were absent fro Yokohama, where France’s Gwladys Lemoussu was the one to take advantage and will be hoping for further success this weekend. With George Peasgood and German Paralympic Champion Martin Schulz not starting, USA’s Chris Hammer will hope to capitalise along with Jairo Ruiz Lopez (ESP) and Guenther Matzingerinto (AUT). 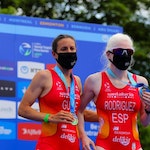 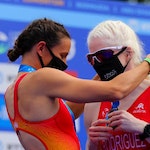 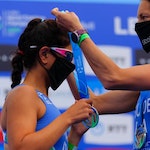 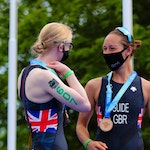 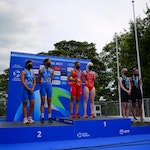 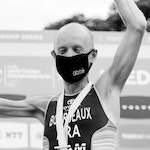 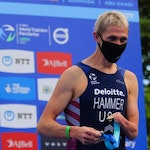 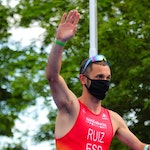 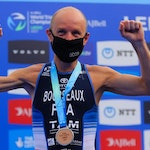 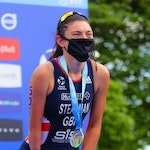 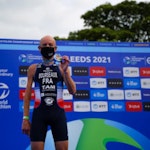 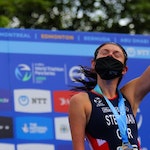