Paralympic champions shine under the rain in WTPS Yokohama

Over 50 Para triathletes from all over the world showed a display of grit and determination to complete the World Triathlon Para Series Yokohama under a heavy rain that showed Paralympic medallists like Susana Rodriguez (ESP), Alexis Hanquinquant (FRA), Grace Norman (USA), George Peasgood (GBR)  or Hideki Uda (JPN), are still in great form and ready for the next Paralympic cycle.

PTWC
Australian Nick Beveridge traveled to Yokohama with his first ever WTPS podium on sight and he did deliver. The Aussie had a perfect comeback to the World Triathlon circuit, crossing the finish line in the first place, ahead of local favourite Jumpei Kimura and Howei Sanborm (USA). On the women’s side, it was Margret Ijdema (NED) the fastest on the day, finishing over two minutes ahead of Canadian Leanne Taylor H1 and the rising star of this category, Brazilian Jessica Ferreira, who only managed to finish in third place after her second position in this same race last year.

PTS2
The PTS2 men saw experienced Spaniard Lionel Morales winning the battle against Mohamed Lahna (USA) while Melissa Stockwell was the sole female in the category.

PTS3
It was another hugely experienced athlete, Australian Justin Godfrey, who took the tape in Yokohama, followed by Spaniard Kini Carrasco.

PTS4
Frenchman Alexis Hanquinquant was once again unbeatable in Yokohama, even under the heavy rain. The current World and Paralympic champion had to fight hard to get away from his teammate Pierre-Antoine Baele, who had the performance of his life to take silver, while another usual in the PTS4 podium, Tokyo 2020 silver medallist Hideki Uda (JPN), took the bronze.

On the women’s side,  USA’s Kelly Worrell was the one taking the tape to beat Spaniard Carmen Gonzalez Sanchez, impressive on her debut in the circuit.

PTS5
In the women’s PTS5 race, the USA’s Rio 2016 Olympic Champion and Tokyo 2020 silver medallist Grace Norman showed that she is one of the best para triathletes in the world with another great performance in Yokohama, enough to beat Ukraine’s Alisa Kolpakchy by over twelve minutes. On the men’s side, the Paralympic silver medalist George Peasgood (GBR) was untreatable, leading in the most contended category from begining to end. Silver was for the Brazilian Ronan Cordeiro, while young Hungarian Bence Mocsari took the bronze.

PTVI
The women’s PTVI race saw Paralympic Champion Susana Rodriguez B1 showing once again a great shape to beat 2019 Worlds bronze medallist Jessica Tuomela B1. The deep men’s field saw Paralympic champion Kyle Coon B1 (USA) showing that he is ready for another great year. Second on the finish line was the youngest athlete of the field, USA’s Owen Craven only 18 years old, while bronze medal was for Spaniard Jose Luis Garcia Serrano. 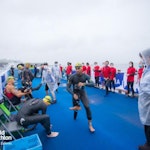 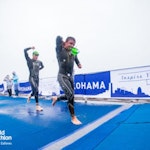 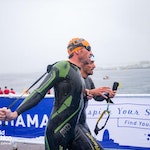 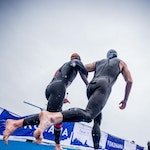 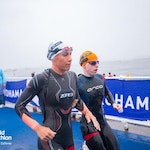 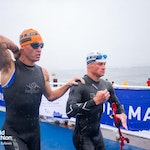 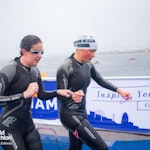 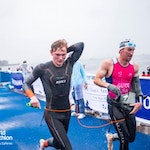 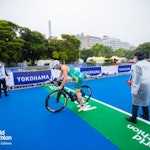 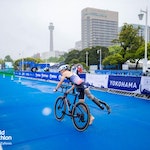 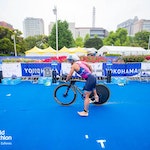 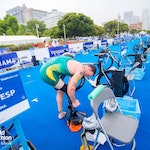