The April 5-7 event is a festival of triathlon with a host of events for people of all abilities and backgrounds but the highlight for many will be the chance to see the best in the world ‘coming to play’ in Auckland with the elite races on the Saturday afternoon in the first round of the global series to find world champions.

“We are going to see some of the most powerful athletes but also nations on the start line in Auckland next month with six of the top ten in the world lining up plus former world and Olympic champion Jan Frodeno (Germany). The Russian, German and French in particular are sending very strong men’s teams to Auckland, and of course we have the continued emergence of Ryan Sissons into the very best in the world as he leads the next generation of New Zealanders in the post London era.

“The women’s field is headlined by a return of the podium from last year as Anne Haug (Germany), Gwen Jorgenson (USA) and Barbara Riveros Diaz (Chile) return. Add to that two top ten ranked New Zealanders in Andrea Hewitt and Kate McIlroy who both enjoy genuine chances of making the podium in front of their home fans and you have a great race.

“The message we had last year was the athletes enjoyed the tough and challenging course, which is reflected in the quality of the field for an event that comes very early in the season after a busy Olympic campaign for most in 2012.” 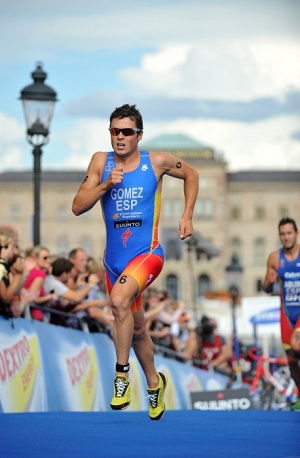 Entries are open online for all events across the three days of action, including a Friday twilight swim/run and a new initiative, the Saturday morning 5km Brunch Run/Walk.

Beeche says the idea is to invite as many New Zealanders as possible to participate.

“Sunday is a day of triathlon for all comers with sprint and standard distance events, both of which offer the chance for anyone to participate in the weekend and race on great courses in the heart of the Auckland waterfront.

“But the Saturday morning Brunch Run/Walk is a chance for anyone, regardless of ability or training to be involved. You can run on the same Queen Street course as the elites and choose to go as hard or as easy as you like. Bring the family along, get your friends together and walk the course, we want as many New Zealanders to experience being part of this event as we can.”