Team India were one of four nations to make their Mixed Relay Commonwealth Games debut at Birmingham 2022, with Adarsh Muralidharan Nair Sinimol, Pragnya Mohan, Vishwanath Yadav and Sanjana Sunil Joshi representing their country in the biggest race of their career.

A pioneer for swim-bike-run in the country of nearly 1.4billion, Pragnya Mohan was the first Indian to compete in a World Cup, in Madrid in 2019. Juggling the sport with life as a chartered accountant, she says that her experience in Birmingham has sharpened her focus for the coming years and the current Olympic cycle. As well as giving her social media presence a nice boost.

“I was proud to be able to race well despite an injury, and to have led my peloton for two thirds of the route. There were people in the crowd cheering for India and that got the adrenaline pumping.”

“My social media following has jumped and I got lots of best wishes from new followers I don’t know, it’s inspirational, and my work colleagues were in raptures. Let’s see how many people now follow the sport. I was able to meet Flora and Georgia and get a few tips from them and I’m more determined than ever to pursue my goal of the Paris 2024 Olympics,” she said as she prepared for a solid training block in Europe before heading home to Ahmedabad.

Comfortably the youngest member of the team was Sanjana Sunil Joshi. The 16-year-old finished 28th in the individual event, on a borrowed bike, in only her third blue-carpet experience.

“Standing on the pontoon with the world numbers 1,2 and 3 and some of the top athletes of World Triathlon was a dream come true. I was more happy than nervous. All my family, friends, my academy members, school mates and people in the area I live all watched the triathlon back home, many watching triathlon for the first time, and they were amazed at the endurance of the athletes.”

“So many experiences will be etched in my memory forever and help me in my training – taking pictures with my childhood hero Flora Duffy and Georgia Taylor-Brown – they were all so nice. Thanks to Team India for choosing me to run the last leg for the relay,” said Joshi.

On the men’s side, Adarsh Muralidharan Nair Sinimol scored a top 30 finish in the individual race. The 2019 South Asian Games Champion came out of the water just a minute behind the likes of winner Alex Yee (ENG) and Jake Birtwhistle (AUS), while his relay leg was just two minutes off the pace of Canada’s Tyler Mislawchuk.

“The only thing on my mind in the relay was to try and finish in the top 10. That was my second relay experience and the team were really supportive of each other. I want to thank the India Triathlon Federation for their support throughout the event and this entire journey. Now I need to train hard and improve my world ranking”, said Nair.

Vishwanath Yadav finished the men’s individual race just two places behind his teammate and was the fourth member of the relay team lining up for the very first time at a Commonwealth Games.

“I felt proud and excited when my name and country were announced. It was a dream come true moment for me and the only thing on my mind was that I had to give my best. Lining up with the world’s top triathletes was amazing, but running alongside them was the best part of the whole experience.” 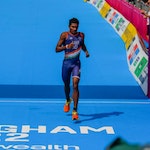 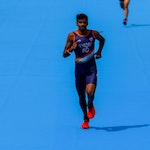 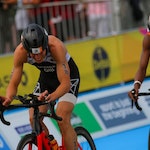 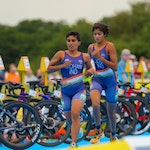 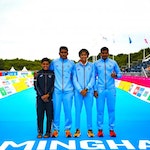 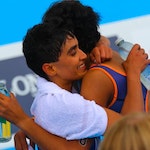 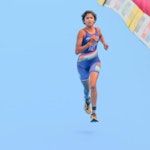 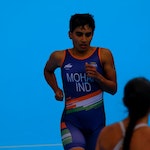 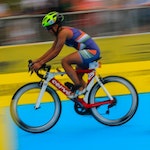