The Groupe Copley World Triathlon Sprint & Relay Championships will begin with the Parade of Nations and Opening Ceremony on Thursday, June 23. Open to all athletes, friends, family and spectators, these festivities will place all of our competitors in the spotlight. The Parade of Nations is the perfect opportunity for the different delegations to show their colors, energy and enthusiasm, and for the spectators to cheer for them all.

The parade will start at 17:00 in the heart of Old Montreal on Mills Bridge near Bota Bota Spa and will be lead by a bird from Les Chasseurs de Rêves and by Mamselle Ruiz who have collaborated with Cirque du Soleil, Walt Disney World theme parks and many others. The parade leaders will offer rythm and song to represent all countries through the beautiful streets of Old Montreal to the Place des Commencements, on the Grand Quai, where the opening ceremony will take place.

The Age Group World Triathlon Sprint Championships will take place on Saturday, starting at 7.15 hours, over a traditional sprint distance: 750m swim, followed by a 20km bike and a final 5km run.

The swim will be one lap, anti-clockwise, and a very long run to transition will lead athletes to their bikes for a a 9.6 km loop route that runs east-west along Rue de la Commune and Rue Notre Dame from Mill Street to the Jacques Cartier Bridge. It is ridden twice in a counterclockwise direction for a total of 19.2 km. The course is mostly flat, with a 56 m elevation gain and has eight technical turns. The final run course is a one lap 5 km loop that is run in an anti-clockwise direction. The course layout is an out-and-back format and follows the Lachine Canal.

And Sunday will be the day for the much-awaited debut of the Age Group Mixed Relay World Championships. Teams made up with four triathletes from the same country (two male, two female), will compete on a 300m swim, 5km bike and 1.6k run before tagging to their team mate.

Both the Sprint and Mixed Relay AG World Championships will be streamed live on TriathlonLIVE.tv 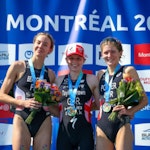 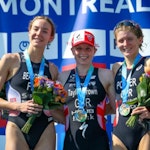 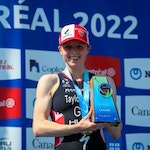 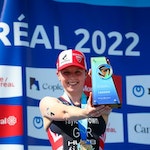 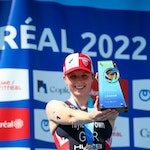 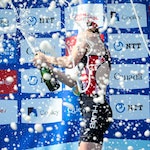 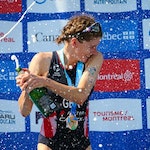 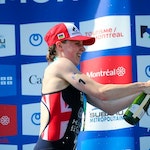 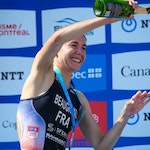 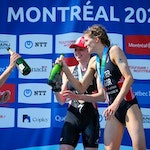 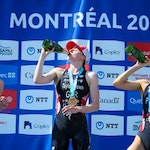 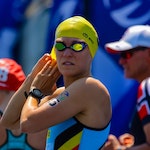