Jorgensen and Stanford back in action in Yokohama

Yokohama this weekend marks the fifth race and halfway stage in the 2015 ITU World Triathlon Series, in a season that has so far provided great contrast between the men and women in regards to the competitive nature of the Series. While the women’s racing has been dominated by one name, the men are sharing the glory a little more liberally.

Gwen Jorgensen (USA) has simply made no race of any event she has taken part in so far this year, winning all three WTS in which she started before taking some well-deserved time out in Cape Town where Vicky Holland (GBR) raced superbly to gold. Holland won’t back up in Yokohama but the tall long-striding American does return to a venue at which she has a great record, winning the past two times here including the posting of an amazing 32:44 10k run split in 2013 that well and truly announced her on the world stage. Yokohama is where Jorgensen began her current winning streak, as she returns to Japan undefeated since winning there last year.

Her opposition presents a long list of candidates to choose from, not the least of which is the ever consistent Andrea Hewitt (NZL). Currently fourth on the Columbia Threadneedle Rankings, Hewitt also sat out Cape Town in favour of freshening up for a race that she won in 2011. Hewitt missed this event last year after flying to Europe to be with her fiancée and coach Laurent Vidal as he recovered from his heart arrhythmia, it is very much back to business for both as a vibrant-again Vidal continues to throw himself into his new fulltime coaching career. While Non Stanford (GBR) was forced to sit out the 2014 season, she left the ITU circuit on a high as she beat out none other than Jorgensen for the World Championship title in front of a home crowd in 2013. Stanford is one of the few women that can rival Jorgensen down the finish chute, making their meeting highly anticipated.

Barbara Riveros (CHI) showed early signs this season of returning to something like career best form, but her season opening fourth place in Abu Dhabi has been followed by 12th (Auckland) and 17th (Gold Coast), the small but mighty Chilean will be hoping for a return to the Abu Dhabi form line this Saturday.

Others with thoughts of a podium occupying their minds when their heads hit the pillow on Friday night include Emma Moffat (AUS) who loves racing in Yokohama, local hopes Yuka Sato, Ai Ueda and Juri Ide who seem to find another gear in front of their home fans.

While Jorgensen’s fellow teammates that have led the US contingency to the top of the rankings Katie Zaferes and Sarah True will sit Yokohama out, Americans Chelsea Burns, Jessica Broderick and Renee Tomlin will look to keep the US strong streak alive.

It doesn’t end there though, glance down the start list and the name Lisa Norden (SWE) cannot be discounted. Having sat out Cape Town to continue building her run strength, the Olympic silver medallist showed how dangerous she is with impressive bikes in Abu Dhabi and Auckland. She also has a winning record in Yokohama, having sailed to gold in 2009 and 2012.

The women will get underway at 10:05am local time on Saturday, May 16. Click here to convert the start time to your time zone. Watch the races live on triathlonlive.tv and follow on @triathlonlive for play by play updates. 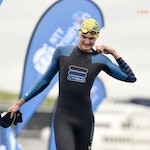 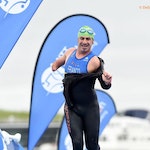 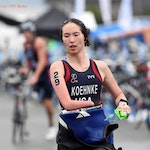 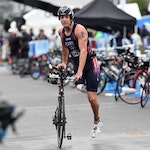 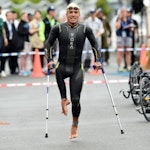 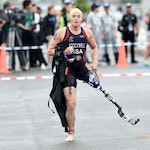 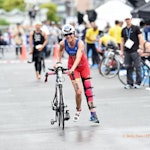 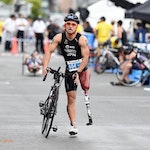 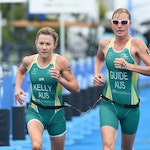 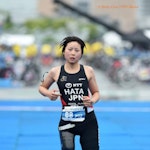 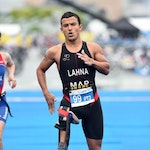 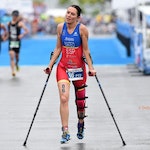