The men’s qualification races for the Groupe Copley World Triathlon Championship Series took to the streets of the city’s port region on Friday afternoon, delivering plenty of thrills and spills and, ultimately, 30 men safely through to Saturday’s elimination finals.

As with the women’s races, the first of the qualifiers was the fastest, Vincent Luis (FRA) stretching out the swim and exiting the water with Takumi Hojo (JPN) and daylight behind them to France’s Tom Richard and Tayler Reid of New Zealand.

Hojo was quickest on the gas out of T2, Spain’s Antonio Serrat Seoane looking to bridge up to the likes of Kevin McDowell (USA) and Jacob Birtwhistle (AUS).

Valentin Wernz (GER) and Marten Van Riel (BEL) worked hard to try and close down Reid and Richard so that by the end of lap one there was just 5 seconds separating the top nine athletes, Sylvain Fridelance (SUI) and Brandon Copeland (AUS) among those going well.

Seaone, Manoel Messias (BRA) and Aaron Royle (AUS) were then left chasing the precious tenth spot, all three 17 seconds off the front as the third and final bike lap played out and they dismounted for the decisive 2km run.

Copeland went out hardest after a swift second transition, Seoane likewise of the chasers. He soon had Valentin Wernz in his sights and after a successful hunt over the first km, just three seconds separated them at the bell.

First Seoane then Messias flew past the German and made the top ten, Wernz going through to the repechage in the agonising 11th place followed into the play off by Aaron Royle (AUS) and Alessandro Fabian (ITA).
—

The second race saw Italy’s Gianluca Pozzatti first out and up the long ramp into transition with Seth Rider and Jonas Schomburg (GER).

Hayden Wilde was back in 14th with Matthew Hauser (AUS) on his shoulder, but New Zealand’s Olympic star soon worked his way to the front with Jelle Geens (BEL) and Adrien Briffod (SUI) while Hauser managed to get on the back and the entire field had come together.

By the time they hit transition for the second time it was Schomburg heading the pack, the sheer number leaving some uncomfortable moments as they all tried to manoeuvre into the best position.

Leo Bergere was also well set on the German’s shoulder, Geens and Hauser well in touch. At the bell, it was Portugal’s Joao Silva in the 10th place, Rider and Grant Sheldon (GBR) just outside, while Hauser had blown up and began to conserve for the play-off race.

Out front, Miguel Hidalgo (BRA), Dorian Coninx (FRA) and Tim Hellwig (GER) were guaranteeing their spots as the first ten were comfortably at the line, Sheldon in 11th.

Wernz was able to make amends in the repechage, however, coming home first with Gianluca Pozzatti and Hauser. Aaron Royle made up ground along with Fabian to hit the front pack of 15 and the pace slowed as the athletes prepared for the final 2km run.

That group were all well set for qualification, while Canada’s Jeremy Briand and Japan’s Kyotaro Yoshikawa were locked in the battle for tenth spot. The home favourite lost ground on the sharp u-turn, though, and as the pace picked up it was Yohikawa joining Ren Sato and Jonas Breinlinger safely into the finals.

Full results can be found here. 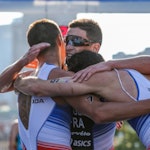 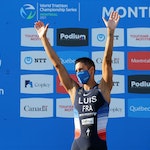 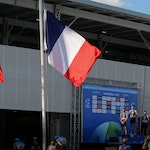 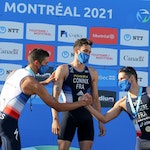 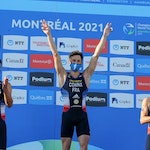 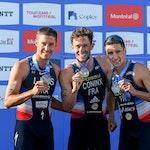 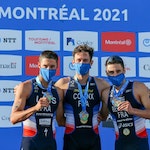 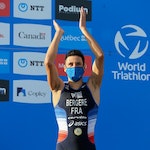 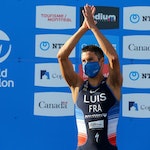 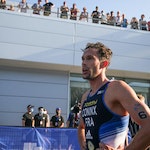 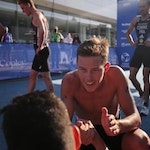 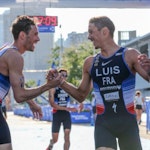